This year I am participating in my fifth LexPoMo. My first two years my participation was haphazard at best. In fact, I am not certain that I did more than sign up in 2015 as there is no apparent record of any actual poems written. However, in 2016 I managed to post 12 poems. There were several Tanka poems and my touch stone themes were my home, my son, and my dog. This Evening was chosen for the 2016 anthology. In 2017 my goal was to post more than 12 poems and I cleared that goal by sharing 16. Looking back now at the work I created that month I am pleased as family and motherhood continued to be strong themes, but it is also clear that this was a rough year professionally and personally (selected for anthology). I hoped, and failed, to share more poems in 2018, but that was a rough summer with so much going on so 15 was a bit of a miracle. I was pleased with a lot of this work although it is very fraught with family themes from my struggles with caring for elderly parents and confronting my son’s senior year however there was one lovely little nature poem selected for the anthology. My goal for 2019 is to write more although I fear (based on my current mental state and my calendar) that I may not achieve the same level of merit. Maybe the second half of the month will prove me wrong. So far I have only written two short poems both driven by my son’s high school graduation (Pocket and Flight). One hopes that won’t be all I write about this month, but sadly that seems to be all I can write about in my journal. Clearly I need to work through some emotions.

Today I managed to add a third poem (Commission) but don’t have time to spend looking at my fellow poets.

After a break of a week to run a Journalism Camp I have returned to poetry with Implacable then I return once again to my imminent empty nest with Launch followed by Work In Progress.

This week has been a struggle personally and professionally and the news each day seems to leave me more devastated and raw but I have been working on three poems (Here’s An Idea and Fort Sill Lesson Plan and Colonization) in hopes that I will wrap up LexPoMo strong! Sadly I only posted nine poems. Much of my inspiration came too late for me to catch up! I could have shared Balance and Empty Nest if only there was more June left and there are bits and pieces of poems still littering the pages of my journal but such is life.

I also hope to capture some of my favorite poems by other LexPoMo authors:

These are just a sampling as I have a few moments to dip in and test the waters! It is a raging torrent that no human can keep up with! 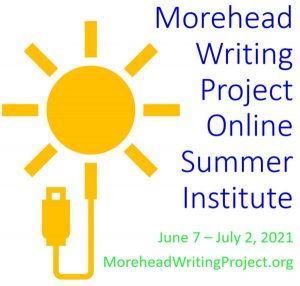